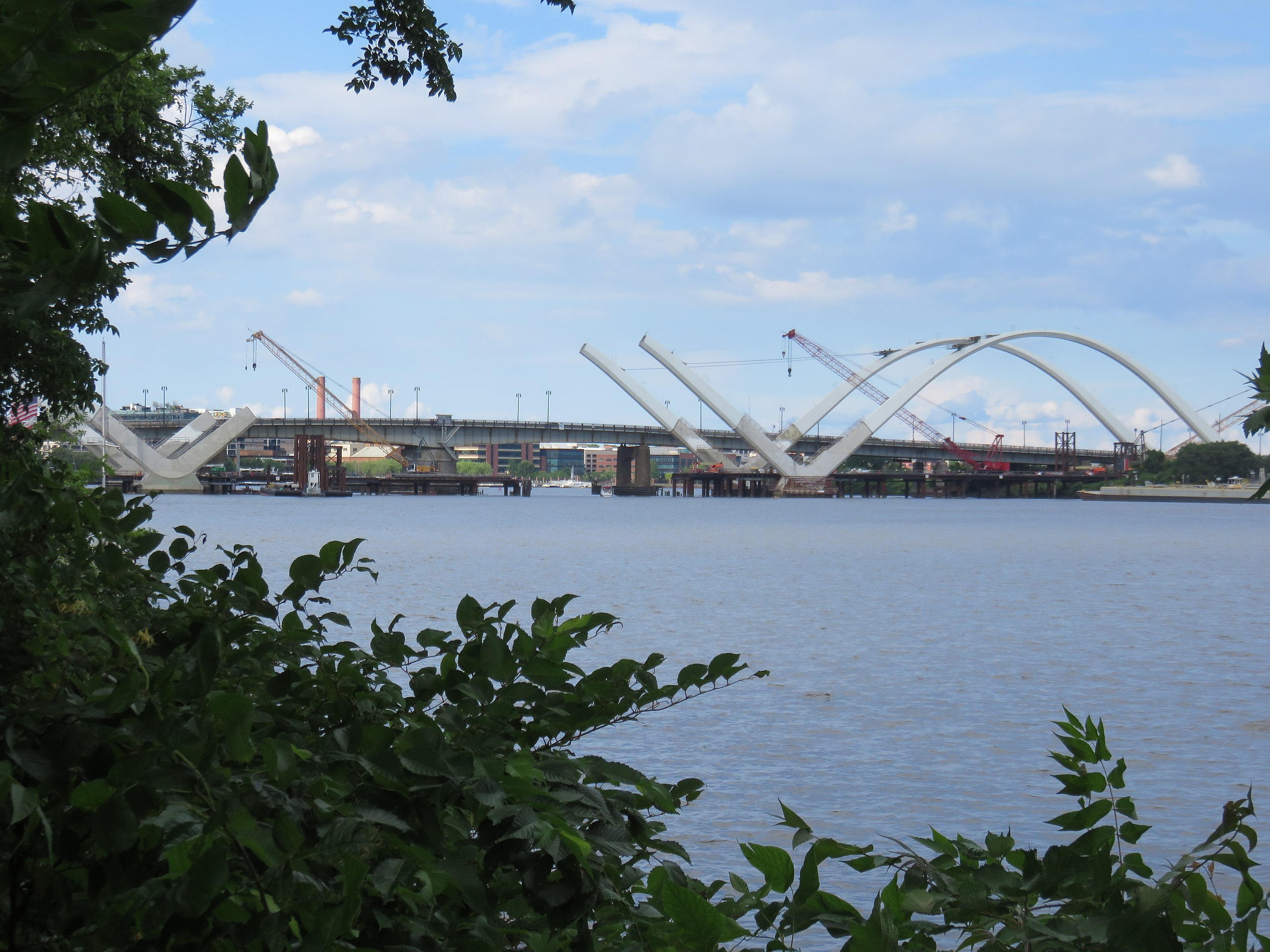 The Frederick Douglass Memorial Bridge first opened in 1950; its age meant that corrosion was advancing; add to that the increase in traffic over the decades, and a bridge replacement (rather than restorative overhaul) was the best long term solution.  In 2017, SCB was chosen by the DDOT to design and build the replacement bridge.  The 1600 ft. suspension bridge will feature elegant arches, six traffic lanes (the current bridge has four), as well as bicycle and pedestrian access. Groundbreaking ceremonies occurred in February of 2018.  SCB contracted Schwager Davis Inc. (SDI) for stay cable and post-tensioning operations. The bridge is scheduled to be completed Dec. 2021.